During the Fort Collins Symphony’s evening of musical travel, audience members will trek though the Peruvian Andes to the pentatonic harmonies of Elegía Andina (Andian Elegy). Contemporary composer Gabriela Lena Frank’s family roots are clearly evident in this tone poem that evokes the strength and majesty of South America’s towering mountains with native Peruvian sounds.

A hop across the Pond takes the audience to the wild seas of Scotland’s Inner Hebrides. Inspired by his visit to the cavernous basalt caves on the Isle of Staffa, the young composer Felix Mendelssohn interpreted his experience through the Hebrides Overture, commonly known as Fingal’s Cave.

Then it’s off to the Baroque city of Salzburg for an early Wolfgang Amadeus Mozart composition, the Oboe Concerto in C Major. One of the more important concertos in the oboe repertoire, this lively work will showcase the fine musicianship of the Symphony’s principal oboist, Max Soto.

The Masterworks 4 musical odyssey concludes in the elegant Austrian capital city of Vienna with a romp through Ludwig van Beethoven’s lively and upbeat Symphony No. 8. 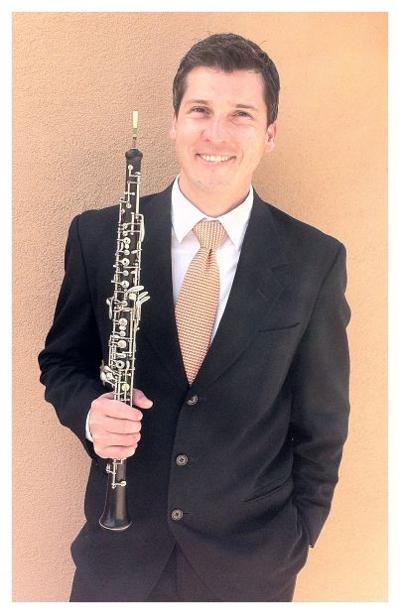 Pre-Concert Talks and Events:  The concert journey begins with the Friends of the Symphony’s Composer Talk by Dr. Dawn Grapes on Wednesday, February 27, 2019 at noon at the Old Town Public Library. The following evening, on Thursday, February 28, 2019, families are invited to attend the Open Rehearsal from 7:00 to 8:30 p.m. at the Lincoln Center. Both events are free of charge and open to the public.