The Light of Three Mornings: Sketches of Braintree Hill

As if to remind us that Ireland and Scotland are not the only places with rolling, green hills and breathtaking views, Gwyneth Walker’s The Light of Three Mornings captures the beauty of the composer’s then residence, a Braintree, Vermont farm. Early in her career, Walker (b. 1947) followed the usual composer’s path of college teaching, at Oberlin and the Hartt School of Music, but in 1982 she took the bold step of leaving academia to compose full-time. Perhaps due to her removed location and appreciation of nature, her music is grounded in accessibility, both in terms of subject matter and audience appeal.

The Light of Three Mornings is an excellent example of Walker’s ability to sonically depict the natural world. The first movement, “When the Stars Begin to Fall,” will sound familiar, as it presents an original take on the American spiritual “My Lord What a Morning.” The movement is filled with musical effects that transport listeners to that magical time when the sun first breaks into a new day. Listen carefully and you may even hear the stars begin to fall. “First Light” and “Hints and Trappings” continue the journey, first presenting the wonder that is creation all around and then sending us a dancing on our way. While Walker’s composition heralds the promise of a new day, in a more personal way, this piece also points to our hopes for the future, as woodwinds and brass are safely welcomed back to the FCS indoor stage. 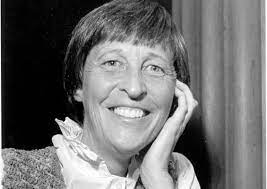