In 1904, the same year that Mahler’s Fifth Symphony premiered and Coleridge-Taylor made his first tour of the United States, Finnish composer Jean Sibelius (1865–1957) completed a little piece for string orchestra called the Romance in C. Like Mahler’s pivotal year between 1901 and 1902, 1904 most certainly marked a significant turning point in Sibelius’s life, though for quite different reasons. Sibelius, living with his wife Aino in Helsinki, had reached a dangerous state in which his excessive drinking and extravagant socializing had put the family into a precarious position. Aino and a family friend staged somewhat of an intervention, presenting a plan to leave the city for some place where Sibelius could compose without the temptations that had plagued him. The couple purchased land near Lake Tuusula on which they would build a cottage on an estate they named Ainola. Jean’s brother Christian, a doctor in Berlin, sent medicinal powders to help curb his brother’s alcoholic cravings. A series of concerts was arranged to help fund the construction of the new house. Among these was a concert in Turku, by the orchestra that premiered the Romance. Dedicated to artistic director José Eibenschütz, Sibelius himself conducted. The five-minute work conjures a whirlwind of emotions, ranging from tenderness and angst to longing and serenity, words that might also describe the lifelong journey of Jean and Aino.

Sibelius met Aino Järnefelt in 1888 when her brother, a Helsinki Music Institute classmate, brought Jean home to meet his family. Aino later said that she was instantly taken by Jean’s “passionate gaze.” The romance was cut short, however, when Sibelius left to study in Berlin. Two years later, the couple found each other again when Jean returned to Finland for a summer vacation. By September, they were engaged, but marriage would have to wait until the composer achieved a more solid financial footing. Jean and Aino Sibelius wed on June 10, 1892. The first of six daughters arrived soon afterward. The marriage had many ups and downs, fueled by Sibelius’s drinking, health, and financial issues. Their lives were further complicated by Russian oppression of Finland and difficulties imposed by two World Wars. Yet the relationship remained steadfast. Aino later stated, “I am happy that I have been able to live by his side. I feel that I have not lived for nothing. I do not say that it has always been easy—one has had to repress and control one’s own wishes—but I am very happy. I bless my destiny and see it as a gift from heaven.” Fourth daughter Katrina recalled how, on her mother’s eighty-fifth birthday, her ninety-year-old father climbed the stairs to the second floor of Ainola with great difficulty, in order to present his wife with a special bouquet of birthday flowers. The following year, after sixty-five years of marriage, Aino arranged for her husband’s burial on the grounds of their lovingly attended estate, where she lived out the remaining twelve years of her life, surrounded by memories of their life together. 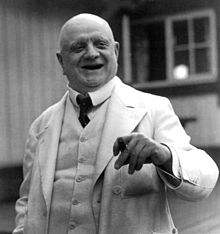