Russian pianist-composer Rodion Shchedrin (b. 1932) is young enough to have avoided the worst of Stalin’s “Reign of Terror” years, but still spent most of his career maneuvering Soviet expectations and restrictions. To his credit, he was one of the most successful and prolific of the Soviet-era composers, specializing in ballets and operas for the Russian stage. Shchedrin’s Carmen Suite was written in 1967 for his wife Maya Plisetskaya, one of the premier prima ballerinas of the 20th century. She had always dreamed of dancing the role of Carmen, the fiery cigarette factory worker first introduced musically in Georges Bizet’s 1875 opera. Plisetskaya’s home company, the Bolshoi Ballet, was accommodating. After Shchedrin told his wife he was too busy to write a new score just then, Plisetskaya turned to Dmitri Shostakovich with the request. The noted composer, however, did not wish to attempt something that would surely be compared to Bizet. Alberto Alonso of the Cuban National Ballet, who choreographed the piece, tried to use music from Bizet’s opera, but the vocal arrangements did not fit what he needed. Shchedrin then relented, accompanying Plisetskaya to a rehearsal, and arranged his own suite based upon Bizet’s original themes, not just those from Carmen, but also from L’Arlésienne and La Jolie Fille de Perth.

Orchestrating the work for strings and percussion and rearranging the original story’s order, the composer created a ballet feature that not only celebrates the old music, but also infuses his own personal style, resulting in a fresher, more modern retelling of a classic. Shchedrin later stated, “Bizet’s music is genius … I just correct[ed] his genius to work in ballet class.” The 17-section piece is a multi-cultural triumph: a Soviet composer, inspired by the story of a Spanish gypsy heroine, re-envisions music first set by a French composer, to be choreographed by a Cuban ballet master, for a Russian ballerina. After the premiere, the ballet was temporarily banned in Moscow on grounds that it was too sexual (Shchedrin later noted that “the Communists were always afraid of sex”) and that it debased Bizet’s music. It was Shostakovich who came to the rescue. In a public interview addressing the Ministry of Culture, he praised the work and Shchedrin’s handling of Bizet’s material. Reinstated once again, the ballet became a Moscow favorite and set its composer on the path to artistic success. Yet most of Shchedrin’s music received little recognition outside of his home country until later in his career, after the fall of the Soviet Union. One important exception—Leonard Bernstein championed a commission for a Shchedrin concerto for orchestra to celebrate the New York Philharmonic’s 125th season in 1968. In 1992, the Russian composer moved to Munich, a city he still considers a second home. Today, at 88 years old, Shchedrin is still composing. In fact, he has produced a dozen new works in the last decade, including compositions for voice, piano, orchestra, and even a new opera. His most recent premiere was a piece for narrator and orchestra titled The Adventures of an Ape, performed at the Mariinsky Theatre in November 2020. Looking back, Shchedrin reflects, “I am happy to have spent my life in music.”

Rodion Shchedrin is a distinguished contemporary Russian composer whose active career since his graduation from the Moscow Conservatory in 1955 has led him to compose a large number of pieces in a varied field of genres.  Operas, ballets, symphonies, chamber works, piano works, concertos, and vocal music—all have been his bailiwick.  Sometimes it seems as though the Russian portion of American symphonic repertoire has come to be dominated almost exclusively by Prokofiev and Shostakovich, and a few others to a lesser degree (let’s consider Stravinsky as special case).  So, it’s a treat to hear an example of the music of one who is clearly among the most respected composers of contemporary Russia.

Shchedrin is highly acclaimed in the both the East and the West, the recipient of many honors and recognitions, and active as a concert pianist.  It is evident that the style of his music in his early career undoubtedly was shaped by official Soviet prescriptions in art. It is equally clear that his later career reflects the artistic freedom that he and his fellow musicians have enjoyed in the last several decades. His style has varied during his life as a composer, but it is all marked by an essential artistic integrity and broad appeal.  His intellectual curiosity has led him from the use of folk song material to the employment of the avant-garde serial, collage, and aleatoric techniques so beloved of progressive composers of the 1960s and 70s.  Later, even jazz and pop music surfaced in his style.

This varied and experimental approach to musical style comes boldly to the fore in Shchedrin’s Carmen Suite, easily his most well-known work.  The composer’s wife, Maya Plisetskaya, was one of the most acclaimed ballerinas in the world.  In 1964, she conceived the idea for a ballet based upon Bizet’s immortal opera.  She approached Russia’s preeminent composer, Dimitri Shostakovich, to compose the score.  Basically, he wouldn’t touch it, fearing the backlash from essaying such a project.  He undoubtedly feared that anything that he did would suffer in comparison with the perfection of the original—not an unreasonable analysis.  Failing to persuade Shostakovich, she then turned to Aram Khachaturian, a composer of successful ballet scores.  He, too, demurred and pointed her instead in the direction of her own husband, a respected composer.  He accepted the challenge, but the project did not proceed so easily.

A visit to Moscow by the Cuban national ballet in 1966 inspired Plisetskaya to enlist the aid of its choreographer, Alberto Alonso.  He assented, wrote the libretto and conceived the choreography.  Shchedrin attended the initial rehearsals, but soon saw the difficulty.  The match between a new look at the libretto’s story line, and the decidedly provocative choreography would undoubtedly suffer a fatal disconnect with Bizet’s beloved, so familiar music—especially its exquisite, masterful orchestration. Simply stitching together unaltered excerpts from the opera wouldn’t mesh with the novel vision of Alonso. What to do?  Shchedrin’s imaginative solution was to recast the familiar music into a new guise.  The composer held the greatest respect for Bizet’s score, so he eschewed completely the usual solution of assembling a pastiche or simply arranging the music.  Rather, he hit upon the idea of more or less retouching, elaborating, recomposing, adding novel effects, and using his own ideas—including harmonic and melodic elements—in a completely new take.  To aid in the transformation, and to avoid gratuitous comparisons with Bizet’s mastery of orchestra color, Shchedrin eliminated the woodwinds and brass completely from Bizet’s score, and added a large percussion section with just about every instrument in the catalogue.

However, trouble arose with the ballet’s première by the Bolshoi in 1967.  The Soviet Minister of Culture immediately banned performances of it for a multiplicity of reasons, among them: insulting a classic, sexual overtones, musical plagiarism, modernistic elements, untrammeled eroticism, mutilation of the opera, and so on.  There ensued a long and markedly bitter battle between the artists and the government censors.  Finally, it is presumed that Shostakovich himself, strictly on the QT, put in a good word for the ballet, and the ballet survived.  The brouhaha was not over, for soon the government scotched the idea of performing the ballet by the Bolshoi in Canada while on tour.  But the next year, Premiere Kosygin saw the production, liked it, and it gained good graces.  As with most innovative and challenging art, the ballet and Shchedrin’s score has met with varied critical reaction—in the East and the West.  But, performances are not infrequent, and it remains an entertaining and provocation addition to the repertoire.

For his ballet, in addition to the Carmen tunes, Shchedrin added a few excerpts from Bizet’s incidental music to L’Arlésienne and his opera, La Jolie Fille de Perthe.  There are thirteen dance numbers or sections in the suite, and almost all will be well familiar to audiences.  Some critics have deemed Shchedrin’s take grotesque and vulgar. However, it’s clear that it is a work suffused with wit, imagination, and mastery of orchestral color.  Nearly all of the thirteen dances brims with surprising and entertaining turns.  A litany of every familiar tune is quite unnecessary, so sit back enjoy a marvelous succession of unexpected percussive touches, imaginative “re-composing,” and droll reinterpretation.   In the last century the literary and visual arts have a distinguished history of achieving new insights through allusion, adaptation, and re-appropriation of time-honored masterpieces.   Music would well benefit from more adroit essays such as Shchedrin’s efforts.  Shchedrin famously referred to his bold work as more than an arrangement, rather “a creative meeting of the minds.”  And, so it is.

Performed by the Fort Collins Symphony on the concert Fury, Contemplation, and Hope at the Lincoln Center, October 2021. 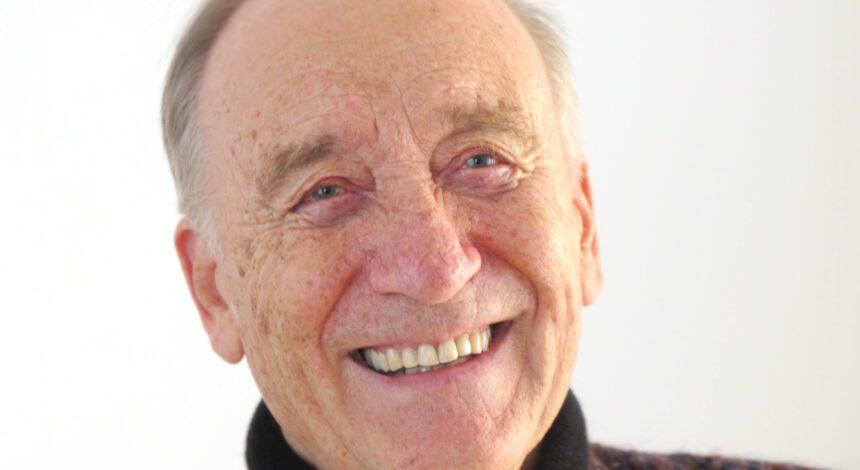