Public memory is cruel, and there are legions who were household names during their lifetimes, only to gradually fade into obscurity. Who today remembers folks like the formerly prominent Americans Ida Tarbell, Edward Everett, and Father Coughlin, for example? And, similarly, the German composer, conductor, pedagogue, and pianist, Carl Reinecke?

Influential in several musical fields, from his many compositions and his reputation as a pianist, to his leadership of the Leipzig Conservatory, Reinecke lived a long life—well into the twentieth century––in the center of the European musical world.  Early on, he was a friend of Mendelssohn, the Schumanns, and Liszt. Later, the names of his students read like a Who’s Who of late nineteenth-century musicians.  He championed the Classic style, and his compositions reflect his bent for conservative, well-crafted works, combined with an impressive gift for melody.  His many piano compositions were highly popular, but now he is mainly known for his flute sonata, Undine, and the flute concerto.

Written in 1908, two years before his death, the flute concerto is cast in the usual three movements, in the German romantic style of times long before—that of Mendelssohn and Schumann.  While curiously anachronistic (the Rite of Spring was just around the corner!) it is a well-conceived work in every respect.  Its harmonic idiom is the rich language of romanticism, even suggesting a bit of Brahms. Reinecke’s mastery of the orchestra is everywhere present in the warm and imaginative orchestration.  This is no banal, stereotypical flute concerto, with a simple “boom-chick” accompaniment to a solo flute that indulges itself in a mindless string of virtuosic technical roulades.  Rather, we are treated to a flute solo that exhibits just enough technical fluency to enhance the composer’s obvious melodic gifts, and an orchestral part that easily stands on its own in its varied and creative independence.

The first movement, while marked allegro, begins in a leisurely, and dreamy mood, sustained by interesting harmonies and an unhurried pace.  After the first idea is heard, the key soon turns from D Major to B Major—in the best romantic fashion—and a rhythmic brass figure introduces a bouncy, but lyrical second theme in the conventional dominant key of A. From there, Reinecke’s adventuresome harmonic language takes us to various interesting places before the recapitulation leads us pleasantly home, both of the main ideas heard again, but varied.  It ends gently and softly, with typical romantic harmonies in the final cadence.

Marked con dolore, the second movement is indeed a dolorous funeral march.  The solo flute sings out in lament over a throbbing bass.  A stormy outburst in the brass interrupts, followed by a short recitative-like passage in the solo flute, before the dirge resumes.  But it all ends happily, with a modulation to the parallel major.

The last movement begins rather enigmatically with the winds and brass leading the way, before the main theme of this cheerful, energetic rondo enters.  A diversion in a remote key introduces a more lyrical second section.  The main theme then returns in best rondo fashion before yet another, new, diversion. This leads to a quasi-contrapuntal episode, led by the horns, that flows right into the last statement of our familiar tune, with a short allusion to one of the previous contrasting episodes.  A scintillating dash to the end caps it all off.  It’s easy to see why Reinecke’s work is still popular, and piques our interest into others of his pleasant, well-crafted compositions. 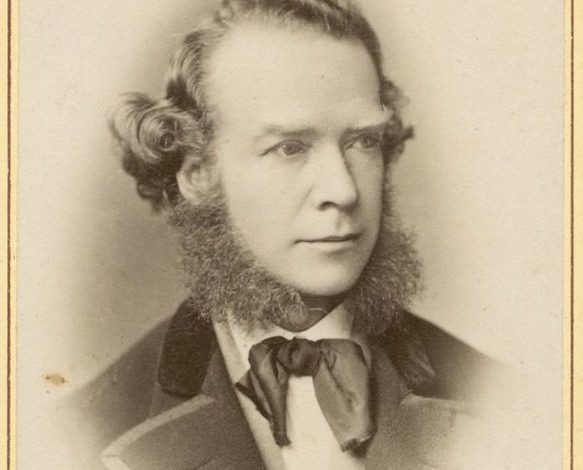