He was a virtuoso pianist, and composed from the beginning, graduating from the St. Petersburg conservatory shortly before World War I. His musical style was based in the Russian romantic tradition, but he established early a personal idiom that was characterized by pungent dissonance, soaring lyrical melodies, a facile manipulation of motoric rhythms, and kaleidoscopic harmonic changes. Part and parcel of his musical personality was an acerbic appreciation of satire, parody, and even the grotesque.

Although he travelled extensively early in his maturity, Prokofiev would return to the Soviet Union from time to time for extensive concertizing; his works were performed frequently there, and he always kept his Soviet passport.  He was never politically naïve regarding the life of artists under that political system, and it must be surmised that his eventual removal to the USSR was made with open eyes.   His musical language had been gradually moving to a simpler, more accessible style—a necessary condition for artists who wished to serve a collectivist state and appeal to the masses.  So, when he and his family arrived in Russia in 1936, he adapted readily to political requirements by composing works that addressed the necessary content of socialist realism.  This primarily meant patriotic subjects, in a traditional musical style, that served political ends.

Never really playing his political cards, he managed to survive the in-credibly difficult times during the 1940s by adroit artistic gamesmanship with the harshly repressive Stalinist state. He never joined the Communist Party, and made few public statements. He struggled to survive, maintain his artistic integrity and continue composing in an authentically personal style. But, alas, the difficulties of the extreme, repressive measures beginning in 1948 ultimately got the best of him. His death on March 5, 1953 ironically garnered little recognition—Joseph Stalin’s demise on the same date preempted the stage.

After spending some four years in the United States during the early 1920s, and a short time in Germany, Prokofiev made Paris his home for most of the decade.  However, by the early thirties he was thinking more and more of how coming to grips with artistic life in the Soviet Union could advance his career—always his priority. And, in keeping with a keen appreciation of how the advantages of a simpler musical style would significantly mesh with Communist aims to position art in service of the proletariat, he jumped at the chance to compose the film score for Lieutenant Kijé. Ironically, it is just that Stalinist simplicity that has endeared his music to the sons and daughters of democracy ever since.

Notwithstanding the score’s direct, sincere, and appealing nature, perhaps the most important aspect of it to consider is that it is the sound track for a total farce, and a wickedly pointed send up of noble credulousness. For the lieutenant is a complete fabrication in the story itself. In brief—based upon a story by Yury Tunyanov—the Tsar (Paul I, son of Catherine the Great) was awakened one night by a scream emanating from a tryst in the palace. In the meantime, a careless scribe had inadvertently created a fictitious officer’s name on a duty roster and the tsar’s staff conveniently placates the Tsar’s anger by blaming the nocturnal outrage on the fictitious “Lieutenant Kijé.” Subsequently, the fabricated Kijé is flogged, sent to Siberia, ultimately pardoned, promoted to colonel, then general, and made rich with the Tsar’s gifts. Finally, the Tsar demands to see the phantom in person.  Backed into a corner, his courtiers announce that “Kijé” has unfortunately (and conveniently) died.  The Tsar wants his money back, but it’s too late.  The courtiers have spent it on themselves, and denounce “Kijé” as a spendthrift.  The angry Tsar thereupon demotes “Kijé” posthumously to the rank of private.

So, with this in mind, Prokofiev composed a score with all of the implicit irony of the story.  All of the five movements are written with memorable, easily remembered tunes, in a smooth, consonant style.  The first, Kijé’s birth begins with a doleful fanfare by a solo cornet, with an ensuing bright little lightly-scored march.  An equally melancholy tune in the tenor saxophone provides some contrast, and comes to represent Kijé, himself in the rest of the suite.  “Romance” follows, based upon an old folksong, “The Little Grey Dove is Cooing.”  A new tune in the tenor saxophone gives a bit of contrast in the middle, followed by a reprise of the folk song. Our fictional soldier gets married in the third movement, the nuptials announced with an exaggerated fanfare, leading to a happy cornet solo, and some variations on the doleful tune heard in the first movement. “Troika” is a delightful evocation of a sparkly winter ride in the traditional Russian sled.  Sleigh bells and a light, staccato orchestration trot us briskly along.  Finally, our wraith of a lieutenant is buried in the last movement, wherein we hear various themes from the previous movements in a kind of kaleidoscopic review of the life of a man who never existed.

Performed by the Fort Collins Symphony on October 5, 2019 alongside Chris Pilsner’s A Light in the Ocean and Berlioz’s Symphonie fantastique. 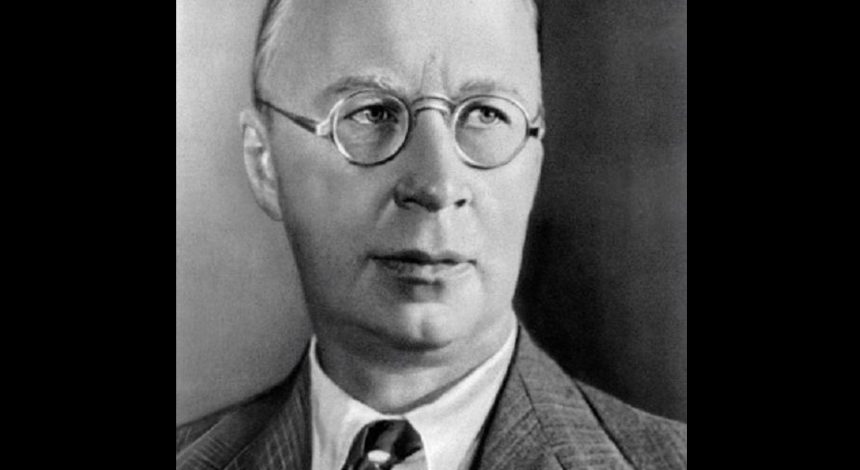