Adagietto from Symphony no. 5

“This Adagietto was Gustav Mahler’s declaration of love to Alma! … both of them told me this!”
~ Wilhelm Mengelberg, conductor’s score

What could be more romantic than a love note disguised as a musical manuscript? Gustav Mahler’s Adagietto, the fourth movement of his Fifth Symphony, served just that purpose when received by his future wife Alma during the winter of 1901–1902. These years were pivotal in life of Mahler (1850–1911), both psychologically and artistically. In the early months of 1901, the composer experienced an intestinal hemorrhage that almost cost him his life. That summer, he recuperated at his new villa, overlooking the south Austrian Wörthersee. The time away from his duties at the Vienna Court Opera and Vienna Philharmonic was productive. In his solitude, Mahler composed numerous songs, as well as initial drafts of the early movements of his Fifth Symphony. Although he did not know it yet, an even more life-altering experience loomed near. In November, Gustav attended a party at the home of Sophie Clemenceau. There he met a striking young socialite, some twenty years younger than he. Her name was Alma Schindler, the daughter of a highly acclaimed landscape artist. She was well educated and musically talented in her own right and she must have made quite the impression, for by the end of December, the two were engaged. They married in early March.

The Adagietto takes up just five pages in the symphony’s score of almost 250, but when performed, it carries an undeniable weight. In fact, the movement has become one of Mahler’s most popularly programmed orchestral works, often presented apart from its Fifth Symphony setting. Mahler used the movement as somewhat of a respite within the larger symphony, allowing the audience a time of reflection between the gripping, and sometimes foreboding, opening three movements and a triumphant finale. The Adagietto’s sustained sonic beauty reveals its character as a poignant love song, evoking feelings so strong and longing that, at times, the music seems to imply emotional pain mixed with bliss.

Alma’s attachment to Mahler was not without cost. She was a strong, determined woman, but also affected by expectations of her time. In one of their courtship letters, Gustav asked if Alma was willing to “give up your music entirely in order to possess and also be mine instead.” Alma apparently was. Although she had already composed many lieder and piano compositions, she stopped composing completely for many years once married, devoting herself to her domestic role and to helping Gustav with his career. Their almost decade-long union was at times happy and at others difficult, but Alma remained a foremost champion of her husband’s works and reputation beyond his 1911 death, even as she moved forward with her own life. 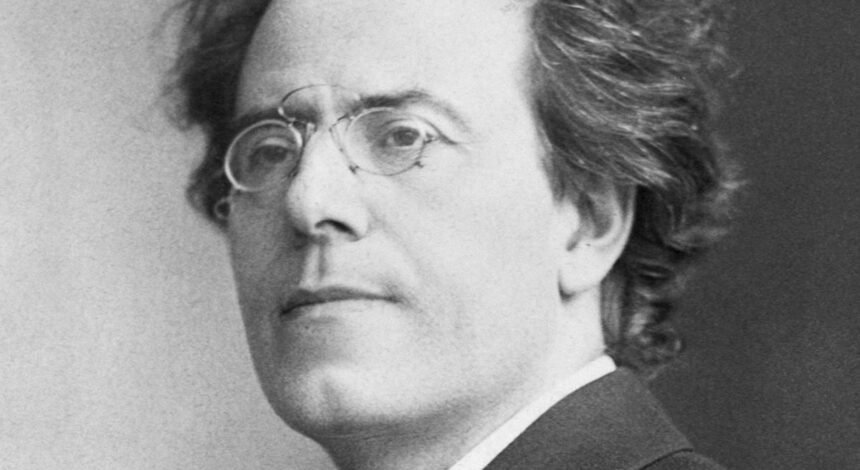