America of the 1950s was a very different place than that of the 1940s. Gone were the New Deal politics of Franklin Roosevelt and the shared patriotism of the World War II years. Instead, the United States grappled with its new role as a world superpower grounded in a mighty military-industrial complex. The Soviet Union, which stood as an ally in the fight against Nazi oppression, was now enemy number one, and communism became the maligned philosophy against which America must protect in a Cold War that would last for decades to come. Even Aaron Copland’s music was changing. His Piano Quartet (1950), Orchestral Variations (1957) and Piano Fantasy (1957) are works demonstrating the composer’s experiments with serial and abstract musical techniques. Some scholars have argued this shift was the composer’s way of distancing himself from his association with folk-like themes and audience accessibility, which in elite circles was associated with the goals of communist Socialist Realism.

Yet Copland never really stopped composing in his Americana style. In 1952, he received a commission from the NBC Television Opera Workshop. Inspired by stories of Southern sharecroppers and photographs of rural Americans in their everyday settings, he conceived an opera that gazes upon one 1930s midwestern farm family and the two strangers who change their lives. During the course of the story, daughter Laurie falls in love with one of the outsiders on her graduation night. Together they dream of eloping. But in the end, the strangers go on their way, and Laurie leaves the farm, looking for a different life all on her own. Copland’s music is intimate, almost fragile in places, and in some ways the production feels more like a theatrical drama with singing than a historical opera. NBC cancelled the production. No explanation was given, but it may have had to do with the perception of Copland’s politics. Since 1949, the composer had been included on intelligence lists of persons with communist connections or sympathies. In 1953, while composing The Tender Land, he was called before the Senate subcommittee on Investigations of the Committee on Government Operations to explain his past political associations and to defend his loyalty to the United States. That same year, a planned performance of Lincoln Portrait at the inauguration of Dwight D. Eisenhower was cancelled. Copland, even though he had solidly gained a reputation as the undisputed leader of American art music, surely was taken aback. In this light, it seems as if Copland and his librettist Erik Johns (Copland’s one-time partner who wrote under the name Horace Everett) purposefully use The Tender Land’s simple story and graceful musical lines to highlight a distance between the ugliness of Washington politics and the potential quiet beauty, introspection, and struggle of everyday Americans going about their lives.

When The Tender Land finally received its premiere by the New York City Opera in 1954, the production was not a critical success. The built-in intimacy, intended for television cameras that would beam the show directly into America’s living rooms, did not translate well onto a vast stage, nor did it conform to the expectations of what an opera should be. While Appalachian Spring had ushered in a new kind of American ballet, it seems that New York audiences were not yet ready for a new kind of American opera. Some attendees, however, were profoundly affected. Several female composers in the audience connected with the character of Laurie and her effort to reject a pre-determined path. Further, some scholars have noted a connection to those in the gay community, citing the need to leave home in order to find one’s own true self. Copland revised the opera in 1955 and later arranged an orchestral suite of music from the show, but it was not until the 1980s and 1990s that the opera gained a new understanding and popularity on stage, suggesting that perhaps it was simply ahead of its time. In 1996, Murry Sidlin arranged the suite for soprano, tenor, and the same thirteen instruments that Copland used in his original Appalachian Spring, bringing an intimacy to the orchestration that matches the aesthetic of the opera and providing a nod back to Copland’s compositional heyday. 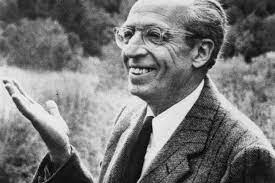