Benjamin Britten is one of the last century’s most respected composers, and unquestionably the most influential and admired British composer from WW II, until his death in 1976.   Fantastically gifted from an early age (almost a thousand compositions before his first mature, published one!), he was blessed with the early attainment of an authentic personal “voice” in his musical style.  That style was at once perceived as modern, fresh, and non-derivative—and yet generally accessible and popular with the broad public for art music. From the beginning he was practically contemptuous of the main stream of revered British composers—Elgar, Vaughan William, Holst, and others, many of whom he dubbed the “pastoralists.”  Their utilization of traditional English folk music as an important stylistic source was substantially criticized by Britten as evidence of a lack of imagination and a reactionary step in a century whose art was moving rapidly into the future.

It is clear that he had a special gift for vocal music, and there are hundreds of works in various genres as evidence.  But it is in the field of opera and stage works that he made perhaps his most important contribution, starting with his first big success, Peter Grimes.  That opera was finished in 1945, and he went on to compose well over a dozen more works that collectively place him with Richard Strauss, Puccini, and Janáček as the giants of twentieth-century opera.  Nevertheless, Britten was an active and successful composer of instrumental music. The list is long—one only has to think of such works as Variations on a Theme by Frank Bridge, film scores, and several important solo concertos as apt evidence of his talent.  And, specifically, from his important opera, Peter Grimes, are the Four Sea Interludes; now an important addition to the standard orchestral repertoire.

Britten was born near the sea in Suffolk, and spent much of his life close by.  His opera, Peter Grimes, is centered on the sea and the townspeople of an isolated little fishing village. Based upon an early nineteenth-century narrative poem by George Crabbe, it is a dark, grim story of gossip, communal fear, and the persecution of an individual by society—some of the issues that Britten and his partner suffered in their own lives.  The fisherman, Grimes, is suspected of murdering his young apprentices. His reputation not aided by his conflicted, belligerent, and generally off-putting personality.

There are six interludes in the opera, to facilitate the changing of scenes, and Britten extracted four of them as the orchestra suite.  In the opera, a prologue sets the gloomy mood, wherein Grimes is unconvincingly cleared at an inquest of the death at sea of his apprentice.  “Dawn” ominously opens the first act, introducing the song of the chorus, who drearily lament their life of labor. A birdlike solo flute alternates majestic brass chords that not only evoke dawn over the sea, but then grow into a sinister evocation of the tragedy to come. The second act begins with “Sunday Morning,” a herky-jerky affair of conflicting musical ideas that appropriately herald the clashing events:  a mob of angry neighbors storm the putative murderer’s house, and then ironically, the second apprentice dies—ostensibly an “accident.”  “Moonlight” segues into the grinding dénouement of Act III, with the discovery of the second apprentice’s body and Grimes’ flight to apparent suicide at sea.  The fourth interlude, “Storm,” is the literal maelstrom that engulfs the tense events in the pub of the first act, and is a fit conclusion to this sordid little drama of death, distrust, and social isolation. 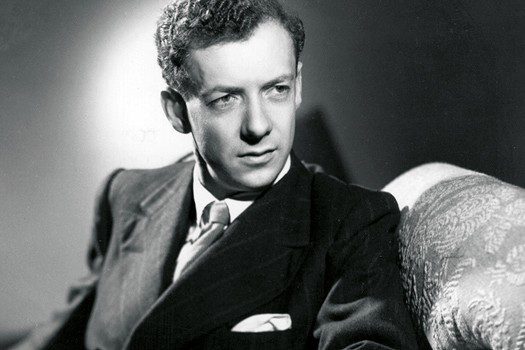