German composer Johannes Brahms (1833–1897) may have achieved great professional success, but, personally, he remained unlucky in love. Although involved in a number of romantic relationships throughout his lifetime, many were unrequited, and he remained unmarried, never settling down with someone he could call the love of his life. Brahms’s most intriguing relationship was with Clara Schumann. When Brahms visited Düsseldorf in 1853, the twenty-year-old soon made contact with Clara and her husband Robert. Robert Schumann assumed the role of mentor and in his newspaper, Neue Zeitschrift für Musik, he even heralded the young artist as the next great German musical master. The following year, when Robert entered an asylum after a failed suicide attempt, Brahms moved to Düsseldorf to help Clara and her children with financial, business, and personal matters. Over the years, many have speculated on the depth of Clara and Johannes’s relationship. There is, however, no clear evidence that the two ever had anything more than an especially meaningful, lifelong friendship, despite Johannes’s early infatuation. Clara wrote in her journal: “He came as a true friend, to share with me all my sorrow; he strengthened my heart as it was about to break, he lifted my thoughts, lightened, when it was possible, my spirits. In short, he was my friend in the fullest sense of the word.” In the 1860s, Brahms experienced several amorous letdowns. In 1863, he was on the verge of proposing to singer Ottilie Hauer, only to be surprised by her engagement to another. Soon after, when overwhelmed by romantic feelings, he called a halt to the piano lessons he was providing the already-engaged Elisabet Stockhausen. A number of years later, he developed feelings for Robert and Clara Schumann’s daughter Julie. Though he never officially proclaimed his feelings for her, he was distraught by Julie’s 1869 engagement, announced the same year he completed his Liebeslieder Walzer, op. 52.

Translated as “love song waltzes,” the composition is a set of eighteen songs originally set for four vocal soloists (SATB) and two pianos. The work premiered in Vienna in 1870. For lyrics, Brahms chose verses from Georg Friedrich Daumer’s Polydora, an 1855 German anthology of folk songs texts from many countries. Each poem that Brahms set to music comments on an aspect of love. Selected songs have longer, more serious texts, and others read like pithy proverbs. Mirroring true love, the emotions put forth are quite varied, some touching, some funny, and some remorseful. Brahms set Daumer’s words with immaculate sensitivity and sophistication, highlighting the meaning found within each text. Musically, the composer likely took inspiration from his mentor Robert Schumann. In 1864 and again in 1869, he edited sets of Schumann’s piano ländler for publication. These works stylized the ländler, a traditional Austrian folk dance often hailed as the precursor to the waltz, and Brahms tellingly marked the first song of the set, “Im Ländler-Tempo.” The work was also composed when “waltz king” Johann Strauss II, director of Royal Court balls in Vienna, was reaching his height of popularity. With these things in mind, it is not hard to envision these songs as love notes, not only to the important women in Brahms’s life—most of whom became lifelong friends, but also to his cherished mentor and to his newly adopted city. The composer revisited the work several times, resetting it for piano-four hands alone and in a shortened version for voices and full orchestra. Regardless of its instrumentation, Liebeslieder Walzer, with its emotional content and musical variety, speaks to Brahms’s legacy of creating beloved, enduring works, in this case a perfect set of musical “Love Notes.” 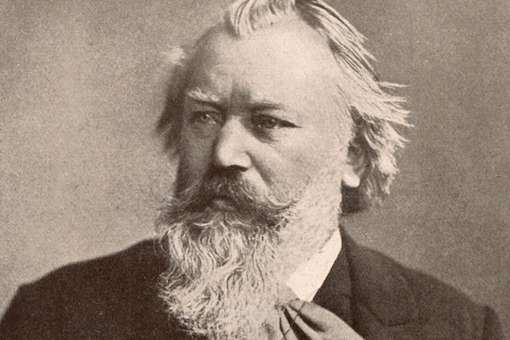