Of all of the major composers of the nineteenth century, Hector Berlioz is perhaps the most personally interesting.  What a vivacious, unique individual he was, both in his life and in his music. He was single-minded of purpose and impassioned in his pursuit of the composition of music that reflected his literary interests, his interaction with his physical surroundings, and his deeply felt emotions.  He was not a virtuoso performer (he did play the flute and the guitar passably), his early musical training having been derived largely from the study of harmony books.  However—and it is a major informing aspect of his intellect—he was a man of literature.  Berlioz read widely and with sophistication from an early age, and later became one of the most important music critics and general authors in music of all time.

The son of a doctor, who pressed him to follow the family tradition, Berlioz studied medicine for two years at Paris’ famed medical schools, but left in disgust at the “hands on” necessities—especially the malodorous dissection labs. He pursued music, instead, finally enrolling at the Conservatory for some formal instruction.  He was criticized relentlessly for much of his career, not only for his forging ahead in a progressive, romantic style—violating almost every canon of composition with alacrity—but especially for his putative lack of education and traditional skills.  He was undeterred.

He composed assiduously in his twenties, primarily in various genres of accompanied vocal music, before finally winning the prestigious Prix de Rome in 1830 (after several unsuccessful attempts). In the interim, two significant events occurred in his life: he encountered Beethoven’s symphonies—which opened his eyes to the expressive capabilities of instrumental music—and he saw the Anglo-Irish actress, Harriet Smithson, in a performance of Shakespeare’s Hamlet. To say that he was smitten would be one of the world’s great understatements—he was captivated, stunned, enraptured, obsessed!  In a word, it was completely the stereotypical infatuation of the Romantic Era.

The result was his composition of one of music’s unique works, the Symphonie fantastique, a work without precedent, and certainly one of con-troversy—to this day. Where to start? It had a controversial program, or story, an unusual structure, odd chord progressions, unconventional melodies, and a mastery of the orchestra and orchestration that was almost unprecedented. It is cast in five movements, a bit unusual, but certainly not unique. However, the notoriety is founded in the rather detailed story which is associated with the work—so detailed that it was printed and handed out to the audience at the first performance.  Despite its subject matter, it wasn’t really that unusual for French audiences of the time, for the public in Paris loved lurid tales in their opera librettos.  Berlioz subsequently altered some of its details, and published many reflections about the story and its relationship to the music, but the close association of the tale with the symphony is still considered essential.  It takes us through each of the colorful movements with a detailed explanation of what the composer was thinking as he composed, or at the least, his mood.  So let’s begin.

The first movement (Reveries, Passions) is divided into two sections, wherein the poet is first infected with a “sickness of the soul,” listless without focus.  But then he discovers his ideal, the object of his passion, which, in the best Romantic tradition, he sees only from afar. This, of course, is Miss Smithson, the Shakespearian actress, and she sets his soul on fire with unrequited love.  In point of fact, in the few years between Berlioz’ first glimpse of her and the composition of the symphony, he never met her. The fast section of this movement reflects his passion, and at the beginning marks the appearance of the famed idée fixe, which is an important unifying device in the symphony. It’s simply a rather bland melody—but easily identified in its various guises—that represents the poet’s beloved.  You’ll hear it first unaccompanied in the flute and first violins (right after the loud punctuations that kick off the fast section).

The second movement (A Ball) serves as the traditional scherzo movement of a symphony and in this work is simply a gracious and elegant waltz depicting a ballroom scene where the poet sees his beloved.  The third movement (Scene in the Country) is a convenient way to work in a slow movement. In this context, the poet is wandering about in a bucolic atmosphere, hearing shepherds playing on rustic pipes (English horn solos here), intimations of distant thunder in the timpani, and rustling of the wind as he ruminates over his anxieties in his relationship with the beloved.

The fireworks begin in the fourth movement (March to the Scaffold). The poet has dreamed (too much opium) that he has killed his beloved, is condemned to death, and is being marched to the scaffold for beheading. The movement tramps along, variously brilliant or softly ominous.  A tumultuous arrival at the place of execution is suddenly interrupted by a soft, dreamy thought of the beloved—represented by the idée fixe played gently by the unaccompanied solo clarinet.  Without warning the blade drops, the head falls, and a blaring fanfare in the winds and percussion announces the poet’s demise—or was it just bad drugs?

The gloves come off in the last movement (Dream of a Witches’ Sabbath), a macabre evocation of ghosts, monsters, conjurers, replete with odd sounds, noises, evil laughter—you name it.  The idée fixe occurs again—as the beloved apparently joins this God-forsaken group—this time played in a bizarre and stilted dance rhythm by the solo small clarinet. The evil celebration builds intensity, and then we hear a parody of the Dies irae—a plainchant from the Mass for the Dead, played by the winds, accompanied by tolling church bells. What follows is a round dance for the witches, which starts as kind of fugue, as it, too, builds to a climax, with the Dies irae returning to join the witches. The drive to the finish has few equals in the repertoire for pure excitement and rhythmic drive, as this paean to obsessive love and romantic passion careens to an end.

The irony is, Berlioz finally did meet his beloved, and swept her off her feet into marriage. The realities of domestic life triumphed over drama, music, and poetry and the marriage dissolved in a few years.

Performed by the Fort Collins Symphony on October 5, 2019 alongside Chris Pilsner’s A Light in the Ocean and Prokofiev’s Lieutenant Kijé Suite. 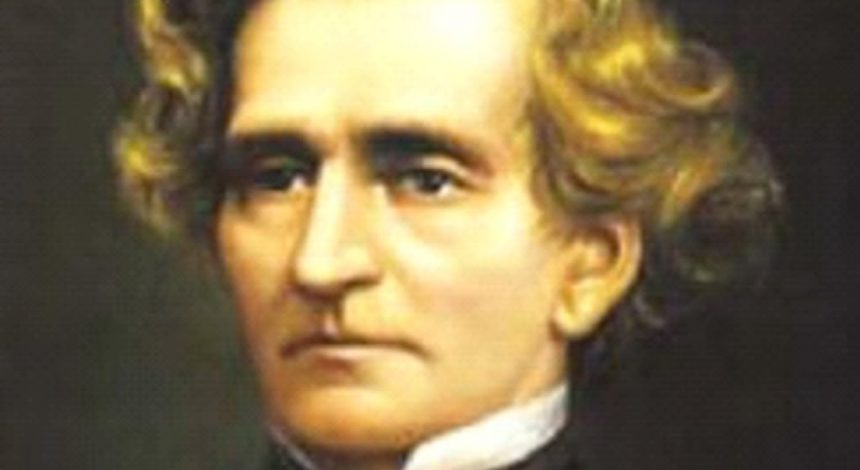