Pianist-composer Amy Cheney Beach (1867–1944) was a remarkable woman whose life and career may have turned out very differently had she lived at a different time. Beach was born on her grandfather’s New Hampshire farm just after the American Civil War, the only child of a paper maker and his wife. Amy’s mother Clara was a talented singer and pianist, and Amy’s own extraordinary musical gifts became apparent early on. By the time she turned one she could sing dozens of melodies perfectly. Within the following year, her mother noticed that the toddler had the ability to harmonize when she sang to her. It was the piano, however, that caught Amy’s attention. She sat rapt as she listened to her mother play and longed to participate. Her mother, however, feared that recognition of her daughter’s prodigious talents would corrupt the child. She forbade Amy from touching the instrument at all. Yet Clara could not stop Amy from composing or playing the piano in her head, which is just what she did. Finally, an aunt convinced her family that it was pointless to keep the child from doing what came so naturally to her. Clara relented, but strictly controlled the amount of time Amy was allowed to play. Amy later recalled: “At last, I was allowed to touch the piano … I played at once the melodies I had been collecting, playing in my head, adding full harmonies to the simple, treble melodies. Then my aunt played a new air for me, and I reached up and picked out a harmonized bass accompaniment, as I had heard my mother do.”

In 1875, the family moved to Boston. Most aspiring performers in the U.S. at the time eventually went to Europe to train, but Amy’s family found teachers close to home. Unsurprisingly, her parents were not keen on public performance and Amy’s first real public debut did not occur until she was sixteen years old. Two years later, she made her orchestral debut with the Boston Symphony, playing a Chopin concerto. That same year, she married Dr. Henry Harris Aubrey Beach, a much older suitor. At his request, Amy stopped performing, with the exception of yearly charity recitals. Instead, she concentrated on composition. She was mostly self-taught through frequent concert attendance, independent study of great masterworks, and reading theory texts and treatises. Her breakthrough work was a mass performed by the Handel and Haydn Society in 1892. Mrs. H. H. A. Beach, as she was identified on her sheet music, became quite well known through her compositions, most of which were published. Many were performed by various artists and ensembles, thanks to her own initiative. She wrote over 150 works, mostly for piano, voice, or choir. After her husband died in 1910, she resumed performing and continued composing. One of her most important legacies was her status as co-founder of the Society of American Women Composers, laying the groundwork for support of female artists in years to come.

Beach wrote only two works for orchestra alone. Her most famous, the Gaelic Symphony (1895), was the first symphony by an American woman to be published. The four-movement composition’s embrace of Irish-inspired melodies and colorful orchestration provides a certain audience-accessibility and long-lasting appeal. Beach prepared for the piece by orchestrating her own piano waltz, previously composed in 1893 and published for piano in 1894. In 2017, to honor the 150th birth anniversary of Beach’s birth, the Women’s Philharmonic Advocacy sponsored a printing of Amy’s orchestration. While Bal Masqué is perfectly charming as a piano miniature, the piece truly comes to life when enhanced by the colors of an orchestra.

Amy Beach was a remarkable woman by any measure.  Without a doubt, she was this country’s first woman to have carved out an acclaimed musical career that equaled that of any important American male musician, and transcended most.  She enjoyed a noteworthy life as a piano virtuoso, composer, and influential leader in music education, public music advocacy, and music journalism.  But it was as a prolific and highly respected composer that she made her historical mark in American classical music.  Simply put, she was our county’s first outstanding female composer.   At the time of her early years, American classical music was still very much simply an outpost of Europe, European musicians, and European musical traditions.  Our symphony orchestras were populated largely by Germans, French, and Italians and musical composition by American composers was in its infancy.  A group centered around Boston and Harvard University, known later as the “Second New England School,” constituted the country’s initial efforts as an independent, internationally respected thrust in serious music composition.  The names are still familiar to many (but mostly to musicians):  George Chadwick, John Knowles Paine, Arthur Foote, Edward McDowell, and Horatio Parker.  And in this all-male list of names is that of Amy Beach.  Moreover, her membership was acknowledged in the contemporary stuffy times of Boston!  While the music critics and pundits of those times characteristically simply could not resist couching much of their responses to her work in gender-obsessed language, they never doubted her brilliance and talent.  She was, perhaps grudgingly, acknowledged as “one of the boys.”

The details of her life, living as she did in public scrutiny, are well known.  But even under today’s close examination, she doesn’t fit any of our contemporary clichés and memes of cultural, political, and gender wars.  On the one hand, she seems to have been stultified by nineteenth-century mores, social conventions, and marital norms.  On the other, she refused to see herself as constrained and repressed.  She may have been a pioneer in championing women’s pursuit of equality, but she was by today’s standards a decided conservative.  She always voted Republican, hated FDR, happily went by the name of her husband on her published compositions (Mrs. HHA Beach), dallied with admiration of Mussolini during her Italian sojourn, and other than her determined efforts for musical equality, was not a poster child for liberal causes.

Born Amy Cheney in 1867 in a small town near the center of New Hampshire, Beach’s astounding musical talents were evident almost from the beginning.  Obviously a prodigy, she was singing songs at the age of one, composing for the piano (without its aid) at four, and in general demonstrating amazing musical feats before most children could talk.  Her formal study of piano started early, and she soon was performing in public concerts.  But her musical studies were centered around her home—all her life her family insisted upon a more or less protected atmosphere.  Even after they moved closer to Boston to further her studies, it was not in a conservatory.  As Amy gained more and more of a public reputation, her parents stoutly resisted her move into a larger music circle. In a time when almost all talented Americans went abroad for advanced study, Amy stayed home.  And it was always to be.  She is one of the few significant composers that were largely autodidacts.  She read, she studied scores, and translated important musical treatises and texts; she absorbed it all.

Her prowess as a performer led to a triumphal concert with the Boston Symphony in 1885, when she was eighteen. But she married a distinguished surgeon twenty-five years her senior right after that and her active career as a performer ended.   True to the times, and his social class, her husband forbade her to perform actively anymore; to stay home and lead a proper life as a woman of high social status.  He did encourage her to compose, and she most certainly did, but she later said that these years were happy ones.  While the great majority of her life’s work were art songs and chamber music, three large works from the 1890s were highly praised:  the Mass (1892), the Gaelic Symphony (1896), and the Piano Concerto (1899).  Unlike so many female composers, she never endured obscurity—the Mass was premièred by the prestigious Boston Handel and Haydn Society, and both the symphony and piano concerto by the Boston Symphony Orchestra.  All of these works met with wide and enthusiastic approbation in spite of most pundits’ silly twaddling over her gender.

While the mass, symphony, concerto, and chamber music were highly praised works of gravitas, like most accomplished composers, she had a lighter side as well.  The Bal masqué is clear evidence of that.  Written in 1893, originally for solo piano—an early work in that genre—it is a charming waltz in the best of the salon tradition.  Later, it was artfully scored for full orchestra by the composer. 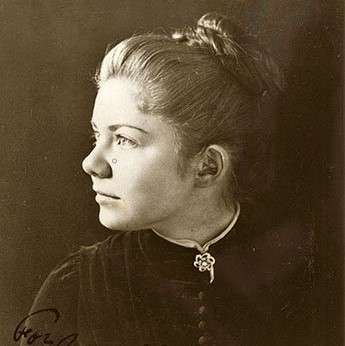