Few pieces bring to mind as many emotion-filled adjectives as Samuel Barber’s Adagio for Strings. Yet the Adagio really needs no words to describe it at all, for the composition is a complete sonic experience all its own. Although the work created a lasting legacy for its composer, Barber still would be considered one of America’s greats even without his most iconic piece of music. He was a prolific composer, producing a full catalogue of songs, piano works, operas, chamber music, and orchestral works. He won numerous awards, including the American Prix de Rome and not one, but two Pulitzer Prizes. Music seems to have been Barber’s destiny from the start. A child prodigy, Barber began composing at the age of seven. He wrote a one-act opera at ten. At twelve he served as church organist. Accepted to the Curtis Institute of Music at age fourteen, he studied piano, singing, and composition. The academy provided him with many opportunities and connections that would help him later in his career. His first publications appeared during his student years. In 1939, at 29 years old, he accepted a position teaching composition at his alma mater. He discovered, however, that academia was not his calling and after a few years he began concentrating on composition full time. Mary Curtis Bok, founder of the Curtis Institute, helped make this possible, taking the role of dedicated benefactor, both financially and through professional introductions.

In 1936, Barber composed his first string quartet, published as opus 11. He knew he had something special on his hands in the work’s slow, second movement even before its first performance in Rome. Not long afterward, Barber sent a version of the Adagio, arranged in seven parts for string orchestra, to Arturo Toscanini. The esteemed conductor premiered the work with the newly formed NBC Symphony Orchestra and the piece was immediately successful. The Adagio for Strings highlights much about Barber’s compositional style. His embrace of tonal music put him at odds with many of his contemporaries who were experimenting with modernist techniques at the time. The resulting accessibility, however, is what ensured the longevity of his work. Since its inception, Adagio for Strings has become inextricably linked to certain moments of shared heartache in our national experience: the announcement of Franklin Delano Roosevelt’s death, a broadcast of the National Symphony Orchestra playing to an empty hall after the assassination of John F. Kennedy, the memorial after 9/11. Yet one might argue that it is not the feeling of grief emanating from Barber’s creation that makes the work so moving, but rather an inherent, introspective perception of hope that looks ever forward.

If any composer may truly be considered our national composer, Samuel Barber should surely be in the running. Notwithstanding the adulation of Aaron Copland’s populist music from the 1930s and 40s, most of the latter composer’s compositions in other musical styles are not well received by the American public — too dissonant and modern!  On the other hand, no major American composer of the twentieth century was a more ardent and eloquent champion of a lyrical, accessible, yet modern idiom, than Samuel Barber.  His musical style is founded in the romantic traditions of the nineteenth century, whose harmonic language and formal structures were his point of departure.  Unlike so many of his peers, he was not powerfully swayed by the modernism emanating from Europe after World War I, but pursued his own path.

Consistently a lyrical composer throughout his career, it is telling that his songs constitute about two-thirds of his compositions in number.   His vocal works include two major operas, Vanessa (1956), and Antony and Cleopatra (1966), the latter composed for the opening of the Metropolitan Opera House in Lincoln Center.  But he also composed at least one work for almost every musical genre, and unlike most composers, he was a recognized and published composer from his student days on.  At the age of twenty-one his overture to The School for Scandal was an instant success, was forthwith published, and remains in the standard repertoire.

Though his choral music and solo vocal music are concert mainstays, the Adagio for Strings is undoubtedly his most well-known work.  It is the second movement of his String Quartet, arranged for string orchestra.  In 1936, when he was twenty-six years old, he and his life’s partner, the equally distinguished Italian composer, Gian Carlo Menotti, were living in Europe for the summer, and the quartet was written there.  The quartet has only three movements, and apparently, the composer knew from the beginning that the slow middle movement was something special.  The quartet received its première in Rome in late 1936, but Barber revised the last movement the next year before its first performance in the U.S.  Even before all this, it is apparent that Barber had recognized the gold of the middle movement, and extracted the movement, arranging it for string orchestra right away in 1936.  In this full, lush guise the composer sent the full score to Toscanini in early 1938, and soon received it back with no comment.  That was a bit irksome, and Barber felt slightly offended, but soon all was put right, as the legendary conductor soon informed Barber that he had memorized the complete score, and sent it back as a courtesy.  Toscanini conducted the première of the string orchestra version in November of 1938 in a live radio broadcast (a recording was made) from Rockefeller Center, and the rest is history, so to speak.  It went on to take its place as a very special composition in the American psyche, and like the “Nimrod” variation from Elgar’s Enigma Variations in Great Britain, a performance of the Adagio for Strings is almost mandatory for moments of great national reflection and grief.

It is a relatively simple work, like much great art, but concomitantly is also the stunning application of genius and inspiration in its creation.  A straightforward melody enters after a unison low Bb in the violins and a rich response from the low strings.  Composed of a searching three-note figure and a descending scale and return, this idea is passed around the orchestra in a dialogue of string voices.   Beneath it all, a rich bed of ever-shifting harmonies sustains.  Barber makes much of the homogeneous timbre of the string section—like great, unaccompanied vocal choruses—to “sneak” remarkable dissonance and its resolution into the texture.  And of course, it is this very commonplace of music technique that produces much of what has always been perceived as beauty, in this case, wrenching beauty.  Expressive upward leaps in the melodic line, resolving to ever-shifting harmonies, mostly complete the picture, as the instruments—and the tension—climb higher and higher.   An ever-changing pulse contributes to the unease, as the soaring climax is reached.  A few dramatic chords, a pause, and Barber returns to a brief restatement of the beginning.  As it ends, impossibly softly, there is no traditional harmonic resolution, but concludes with a “hanging” chord, with no real sense of finality.  It could not better mirror the irresolution of existence, grief, and human lives.

Performed by the Fort Collins Symphony on the concert Solemn, Joyful & Ecstatic at the Lincoln Center, February 2022. 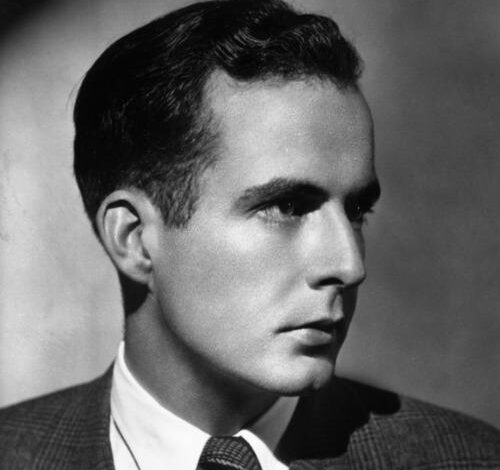