It is the day before the concert and there is still much work to be done primarily on the Dvorak Symphony. We’ve arranged to get to the rehearsal hall by 11:30 so we can meet up with one of our summer MME in conducting students who is currently teaching in Myanmar and has completed one summer and one semester on-line in our program thus far. Lee Pophal is on break from his job and is touring Vietnam with his sister. He makes arrangements to meet us for lunch that day and Thang and Lan take us to another Thai place. They order a few appetizers and a hotpot for the table to share. A hotpot is a popular Asian dish where a chicken broth is heated then brought to the table and placed on a heating element of some sort. When the broth is at a boil, meats, seafood, noodles and vegetables are placed in the pot for quick cooking and then served. It is about as fresh a dish as one can get and again it is a fulfilling meal and Lan loves to play “cook,” both in terms of adding the various food elements, then serving it up.

During lunch, we talk about the political situation in Myanmar (some parts of the country are dangerous), but Lee says he is absolutely safe where he is teaching which is an American school. Lan and Thang are a bit quiet, perhaps because of the fluid English that is being spoken at the table. We spoke to Lee about other students in our program or recently graduated who are also teaching at American schools around the world. It is a

After lunch we head back to the hall, but not before seeing some interesting signs of business such as “Pho Nho!”, and  “Huy pei nah?” Maybe this is legit language, or maybe someone is having fun with double entendres. On arrival, we get the strings going on the finale to the Dvorak 6th as the rest of the orchestra shuffles in. The personnel manager informs me that the oboes and the pianist will be late. This is frustrating since the rehearsal was moved to the afternoon on their account. Fortunately the oboes are only 10 minutes late, but the pianist never shows up for the Copland. In my mind the rehearsal is to go to 5 PM, since the original schedule was for 3.5 hours. However, after we are finished with the concerto, I’m told the rehearsal is to end at 4:30 and now we do not have time to run everything. Tomorrow’s AM dress rehearsal at the opera house would have to suffice. All one can do is take a deep breath and hope we are all ready to focus and run through the full program in the three hours we have left.

Over the course of the week we have been collecting “take-away” leftovers in our hotel fridge. Lan looks exhausted at the end of rehearsal, so we tell her to please take the night off and be with her family and we will fend for ourselves. We have been eating so much during the week that the thought of quietly nibbling on leftovers in our room seems quite palatable. The next day will be an early one to the opera house and then a long day ending with a party after the concert, so getting to sleep early seems to be the best plan.

Our driver returns us to the Sheraton. I’m following along on my iPhone Map app. The hotel is situated on an inlet on the east side of Westlake. It appears that both the opera house and the rehearsal hall are the same distance to the south. However, since the rehearsal hall is more west, we always travel up and around the top of the lake then south. The opera house is closer to the downtown area and more east, so then we go the opposite direction. In either directions there is always something new to see. A beautiful garden with multicolored flowers, a set of partially constructed condos that appear to have been abandoned as they have no windows, an amusement park with a large ferris wheel and roller coaster that sits dormant during this time of year.

There is a long stretch of road where a portion of it is being lowered about 15 or 20 feet to the level of the businesses on either side. This is to help increase the number of lanes and help the flow of traffic. The single lane road going south created by the construction is home to a businesses ranging from Land Rover dealers to very small open air markets where meat is set out for people to peruse. Of course, motorbikes weave around sometimes passing on the right, sometimes passing in the wrong direction on the left. For us westerners often disconcerting, for the people who live there, just another day in Hanoi. 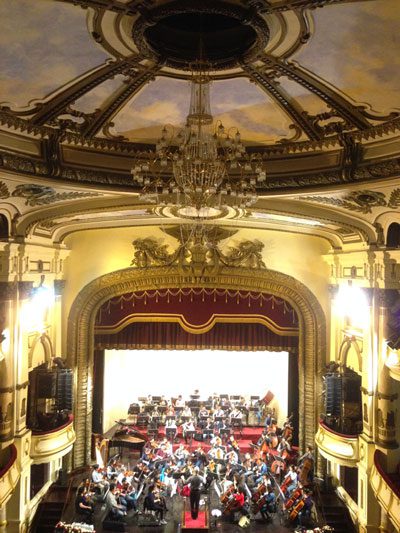 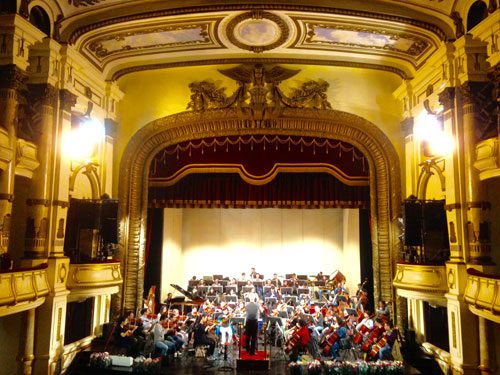