The day began the same as the previous day with another international breakfast in the hotel and then the 30 minute drive to rehearsal. On the way to the hall, we passed several Starbucks, Coffee Beans, and a chain called Highlands Coffee that is one of the locals favorites. Coffee houses are ubiquitous in this city and Vietnamese coffee is thick and strong. They drink it with warmed heated sweet milk (might be what we consider condensed) and it is delicious. Tea with honey and lime is another regular warm drink. A coffee house is next door to the rehearsal space and we end up there during the breaks each day.

There are construction projects in various stages everywhere in the city. Something we saw in South Vietnam three years earlier were three to five story buildings that were no wider than the storefront business they were built above. This is true here, but it is not as pervasive. Because our hotel is situated near Westlake–the largest lake in the city, we see many upscale apartment complexes lined up along its shore. In this way, parts of Hanoi reflect many waterside resort communities when looking to the sky. But at their base, the traffic reminds us that we are very much in a busy Asian metropolis.

Today’s rehearsal plan is the same as yesterday’s, Copland in the AM and Dvorak in the PM. Just before rehearsal begins the personnel manager of the orchestra comes to me and gives me a list of people who will be late or missing that day, something that he did the previous day and will do later in the afternoon. As a conductor, one can only smile and say thank you for the information and make the best of it. It also gives me the idea that by the last half hour of rehearsal we could run the entire Copland. The piece is coming along and there is still all of next week’s rehearsals to refine the performance.

Lunch that day is at Lan and Thang’s apartment and they are gracious hosts. We take a five minute walk to get there (although Lan did offer to take me on her motor scooter . . . hmmm). Nhi is there and we chat while waiting for Thang and Leslie to arrive back from her morning activity which was to teach a conducting Masterclass. The lunch is extensive and wonderful! It is hard to believe that Lan manages to be a violinist, mother, shopper, cook, housekeeper, gracious host, and I’m sure many other things and always does so with a smile. After lunch we retire to the front room and take a 30 minute nap before heading back to rehearsal.

The Dvorak is up for the afternoon and we spend quite a bit of time that day discussing articulations and how to make them different from the Copland. In this way we start infusing more elegance into their sound. They take this information and after awhile the idea begins to manifest itself in line and sustained color. Again, the communication can be slow going, but patience and continuous energy on my part seems to go a long way. We end with a run through of the recap and coda of the Finale and call it a day.

Rather than heading back to the hotel, we return to Thang and Lan’s place to clean up, a quick nap, then head for a special dinner on the 62nd floor of an office building. The top ten floors of this tower is an Intercontinental Hotel and it’s splendor and views are breathtaking. We have Japanese BBQ (think Benihana, only better) that has several courses ending in a Kobe beef steak. It is an extraordinary experience to say the least. We head back to the hotel afterwards and plan to stay in our hotel room most of the next day just to recover.

I spent the morning with 3 conducting students at the Vietnam National Academy of Music. Two are instrumental conducting majors, the third is a choral conductor. I started with the most experienced student, who is in his junior year, and has prepared the “Egmont” Overture by Beethoven and Liszt “Les Preludes.” Two staff pianists are seated together at the piano in front of him and are doing their best to approximate a full orchestra.

This student obviously knows both scores quite well but his range of baton technique is rather limited. I try to explain that if he does not show more contrasts in the music (whether they be in articulation or dynamics), musicians will stop looking at him and will only respond (or not!) to what they see written in the music. He politely tries to imitate me but his habits are so ingrained that it is difficult for him to do anything differently.

However, when he sees me work with the second student on the slow movement of Mozart’s 40th Symphony, it seems that a “light bulb goes off.” He not only helps translate my words into Vietnamese for this student — but also shows him how to make a difference between conducting with lightness or heaviness. I also point out ways in which this student can mark his score so that these dynamic differences do not “surprise” him.

The 3rd student brings in a small choir of her friends to sing a piece by Eric Whitacre. She is quite earnest and asks intelligent questions about how to show various entrances. I suggest using her left hand for some of these cues and she is able to implement this technique immediately.

All of the students are eager to hear about our graduate conducting program at Colorado State University so I give them brochures. The first student is anxious to meet Wes so I offer to introduce them at the end of this afternoon’s rehearsal with the VNSO.

In the afternoon, Ling (who played solo Bach for me yesterday) plays first violin in a string quartet which has prepared music by Mozart, Haydn and Borodin. This group of enthusiastic and talented young women has been together for at least 6 months and obviously enjoys playing together. There is almost no “language barrier” as they quickly respond to all of my suggestions with eagerness. They are used to teasing each other as well as laughing at themselves and it is a total joy to work with them. 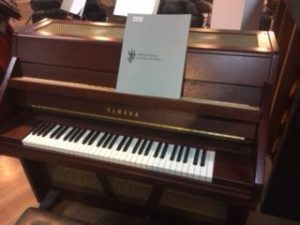 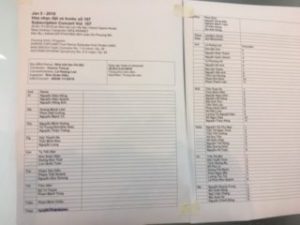 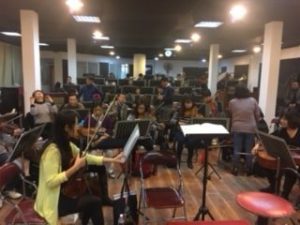 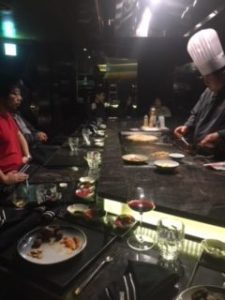 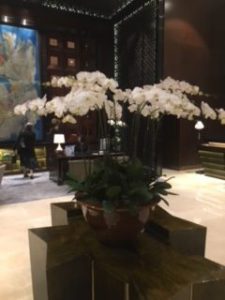 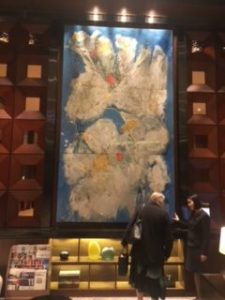 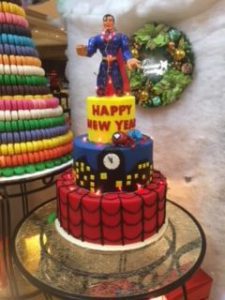 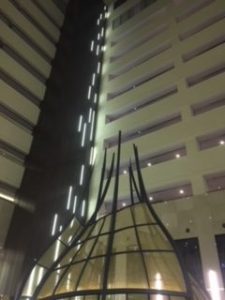 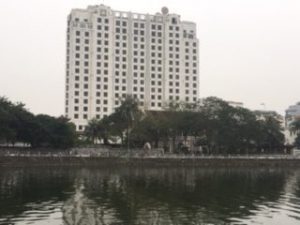 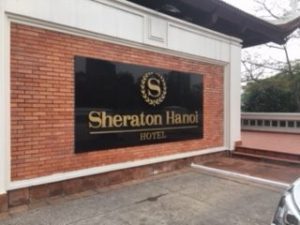